skip to main | skip to sidebar

California READS - a State of Mind

The California state flag is a popular design for t-shirts and sweatshirts, so it made sense to modify elements of the design by providing the grizzly bear a book to read. Instead of "California Republic" the flag now says "California READS". 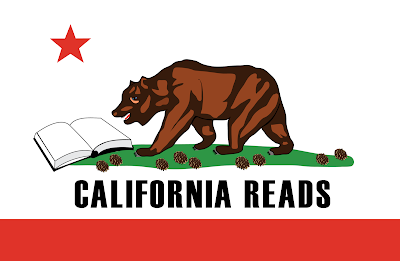 Note:  Of course there are no grizzly bears left in California, only black bears.  Early settlers made sport of hunting and publicly fighting, killing grizzly bears.
This image is available on shirts, mugs and more at cafepress.com/DesignClass.